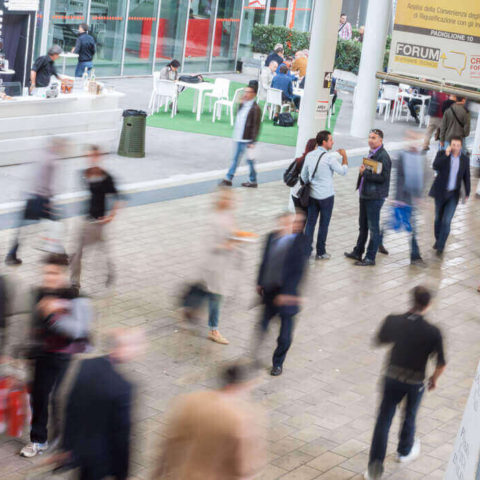 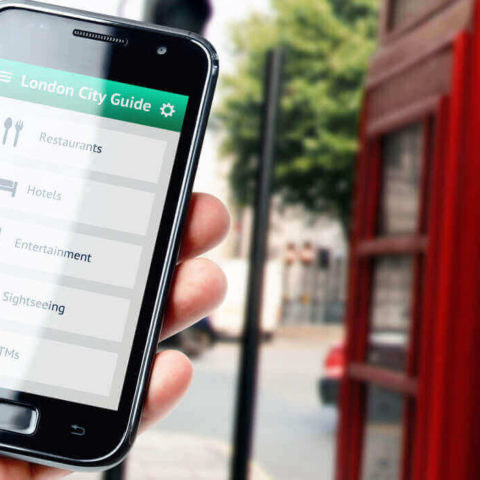 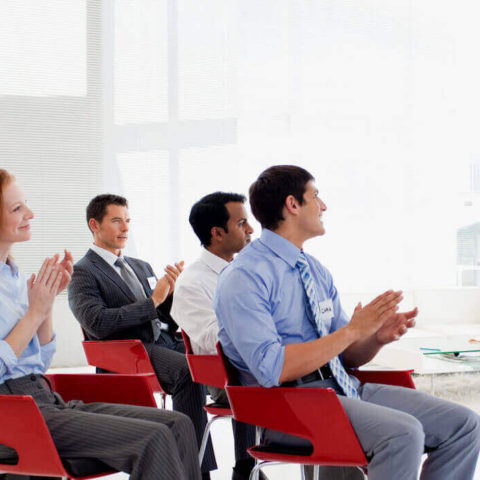 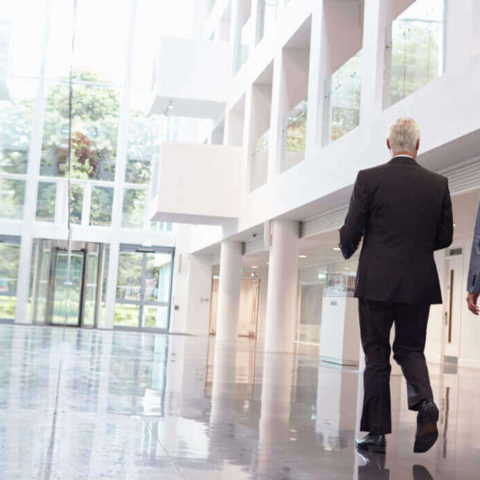 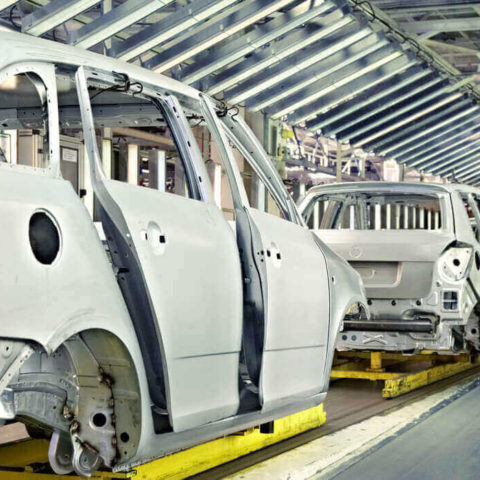 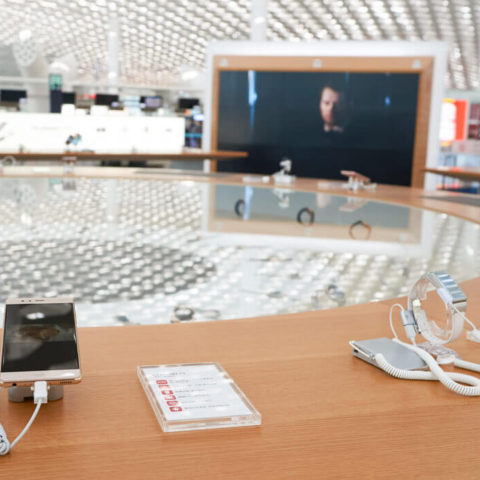 Benefitting from the Post-Covid Crack-Up Boom – Lessons from History

There appears to be a great deal of noise about an upcoming post-pandemic boom so  I wrote this quick article to help readers identify potential business or personal opportunities but also outline threats and risks as this develops.

The recent Covid pandemic extended these, already aggressive, policies to unprecedented levels and also added further fuel to the fire with measures to additionally stimulate world economies. The U.K.’s National Audit Office, for example, estimates a figure of £271 bn just for measures announced  by the government on or before 6th December 2020 alone.

Clearly, businesses and individual finances will be impacted by these measures as they  feed through into the wider economy. However, questions arise as to how to profit from the upcoming changes and what to watch out for as this progresses.

A good place to start is to look back at historical financial booms and bubbles of the past.

The Weimar Republic ‘Crack-Up’ Boom (1920s):  Following a protracted period of central bank money printing, the post First World War economy of Weimar Germany actually boomed as the German nation spent its Deutsch Marks as quickly as it possibly could knowing that they were losing their value. This boom lasted for a number of years but was followed by hyper-inflation and an economic collapse.

The Global Financial Crisis (2008): A sustained period of policies such as QE, ZIRP etc. resulted in unrelenting increases in real estate prices and financial assets at the expense of the ‘real economy’ with wages in ‘real terms’ languishing for decades in the both the U.K. and U.S. and manufacturing continuing a protracted decline.

The Dutch Tulip Bubble (Early 17th Century):  In 1634, tulip mania spread through Holland. The obsession to possess tulip bulbs was so great that the ordinary industry of the country was neglected. A single tulip bulb cost 4,000 to even 5,500 florins. This meant that the best tulips cost more than $750,000 in today’s money. By 1637 prices had crashed and never recovered.

Is History Repeating Itself? Well Yes ! Let’s Look at the Evidence !

UK Real Estate Boom (2020-21): Unlike during the financial crisis of 2008, real estate prices are surging despite the population of the U.K. declining during Covid and a sharp drop in GDP.  According to the Halifax, the average value of a property is now £258,204 with an 8.2% price surge since last year. Similar things are happening across the pond.

Crypto Currencies and NFTs (2020-21): Awash with stimulus money, millions of private individuals have entered into these new markets for the first time. Bitcoin has achieved all-time highs. On the fringe, there are  NFTs (non-fungible tokens) or ‘units on a digital ledger’  which can be used to represent photos or art. There has been huge surges in demand for NFTs also. This certainly ‘rhymes’ with the Dutch tulip mania of centuries ago!

UK Financial Markets Rebound (2020-21): Awash with QE liquidity, the FTSE has all but regained its losses after the pandemic hit and is now trading well above 7100.

Mark Twain Would Say that There is a Lot of ‘Rhyming’  Going On !

It would appear that history is not fully repeating  itself as,  for example, real estate prices are rising this time round (unlike in 2008). However, it is very clearly ‘rhyming.’

‘The Circus Comes to Town’ – A Simple Analytical Tool

A simple analytical tool I use for explaining the impact of macro-economics is that of the decision-making process of two shopkeepers running competing high-street shops in the same small town. In this analogy, both shopkeepers suddenly find themselves very busy and are inundated with new clients flooding through their doors. Both are forced to hire new staff just to keep up. However, the reason for the surge is that, recently, unbeknownst to one of them, a travelling circus had come to their town with the flood of new visitors and circus employees stimulating local demand. Logically, the increase in economic activity would end when the circus leaves.

Whilst the first shopkeeper has no idea why he is suddenly so ‘lucky’, the other one knows the reasons behind this (temporary) boom and makes sure that he has plans in place for when his turnover  halves and returns to normal, knowing that the circus will inevitably leave.

A good recent example of the ‘circus coming to town then leaving’ in real-life was that of the restaurant sector in U.K. This sector boomed briefly during the ‘Eat Out to Help Out’ scheme and retracted again when the scheme ended.

Unfortunately, a lack of awareness of the impact of the macro-economy is common. An estate agent or mortgage broker suddenly finding themselves busy in 2021 might not know the macro-economic reasons why he/she is busy. Usually, they  would credit their success to their personal skill or may think that the good times will last forever and plan accordingly. If a little hubris is added to the mix, things can get worse ! Similarly, a new retail crypto currency investor on a winning streak might think he/she has the Midas touch.

Here are some key trends which are easy to identify and might be an opportunity for some:

Speculation:  There is an increasing demand towards even newer forms of high-risk speculation with new ancillary services and new asset classes being created to meet this demand. This trend is embracing blockchain technology and involving the creation of new crypto assets and NFTs. This trend will also encompass other forms of speculation, for example,  stimulating a further boom in online gambling.

Government Spending:  There are likely to be further measures to stimulate economies worldwide with increased spending on large government investment projects. The recent announcements by Joe Biden in the U.S. and Boris Johnson in the U.K. of enormous infrastructure investment programs financed via Q.E. would confirm this trend.

Real Estate: There are likely to be both winners and losers in this market but there are also likely to be large pockets of speculative opportunity created by cheap money. Financing costs are very low and 5% deposits are now available again for certain first time buyers in the U.K.

More Liquidity in Investment Funds and Pools of Capital:  These are likely to be awash with fresh liquidity and hungry for (harder and harder to find) yields.  This money will likely spill over into different markets, into offshore centres and also look for investments internationally as it has in the past.

Unfortunately, not everyone will benefit during the new ‘crack-up’ boom. Sadly, 100s of thousands of people have already lost their jobs and thousands of businesses have folded throughout the U.K.   After the financial crisis of 2008 ‘real wages’ in the U.K. fell. With unemployment and underemployment set to be higher post-Covid, this trend is unlikely to be reversed.

With speculative growth crowding out longer term investments it is unlikely that opportunities in the ‘real economy’ will increase.

Mitigating Economic Risks: In my opinion, one of the biggest threats of the post-Covid boom and the reason I wrote this article in the first place will be that of some individuals being caught unawares when the ‘circus’ inevitably leaves town or (perhaps worse for some  segments of the UK economy) never leaves. I wrote this quick article as, I believe, that having an overview (or even a reminder of) macro-economics could  help some readers position themselves better to mitigate this risk to their businesses and personal finances.

In summary, I think that the post- Covid boom in the U.K. should present both huge opportunities (e.g. it has recently helped property owners) and huge threats.  Readers best positioned to predict and analyse ‘what the circus will do’ are probably more likely to survive and thrive much better in a new economic reality.

On a final point, I am not making any investment recommendations of any kind. I am purely commenting on market trends and recommending a cautious eye with regard to both business and personal risk.

The National Cybersecurity Centre gives some clear tactics which private individuals can use to miti...

The purpose of this article is not to explore the figures too extensively, rather, it is to explore...

X7 Partners is a ‘knowledge economy’ business data analytics, marketing analytics & commercial property analytics consulting firm active in Europe. We benefit our clients through helping them lower costs, identifying and securing opportunities for them, acquiring and deploying talent for them and improving their bottom line.